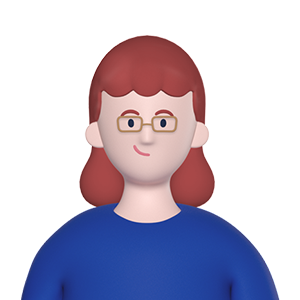 To become a company that is trusted by our customers and business partners.

To realize a sustainable society, each company must show leadership and act like a good member of society. Worldwide, expectations for corporate social responsibility, including compliance with environmental laws and regulations, appropriate working conditions, and protection and consideration of human rights, are growing at an accelerating pace. Through its business activities, the Brother Group acts faithfully to address these issues and to build strong relationships of trust with its consumers and society.

In 2012, Brother established the "Brother Group Principles of Social Responsibility" and the "Brother Group Anti-Corruption Global Policy", which specify the following: respect for human rights, creation of a healthy working environment free of child labor and forced labor, health and safety of employees, preservation of the global environment, and the execution of ethical and sincere business activities.
The policy contents are also reflected in Brother's "Procurement Policy" and "CSR Procurement Standards" which are shared with suppliers who procure parts and materials. With this, Brother is committed to achieving its social responsibilities together with its suppliers in all countries and regions where it does business.

Minerals (tantalum, tin, gold, and tungsten) produced in the Democratic Republic of Congo (DRC) and neighboring countries in Africa are referred to as "conflict minerals" and are used to fund armed groups in the region. There are global concerns that their trade may promote conflict and lead to human rights abuses, labor problems, and destruction of the environment.
Since 2016, Brother has been conducting an annual Conflict Minerals Survey among its suppliers of raw materials and parts used in its products through a working group consisting of relevant departments such as Purchasing, Environment, Law, and CSR. In 2019, more than 95% of suppliers responded to the survey, and we are working together with suppliers to investigate the procurement status of conflict minerals. We are continuing efforts to receive a 100% response rate.

In 2020, Brother endorsed and signed the United Nations Global Compact proposed by the United Nations. The UN Global Compact is a voluntary initiative to achieve sustainable growth through responsible and creative leadership by companies and organizations in addressing social issues such as human rights, labor, the environment, and anti-corruption. It has been endorsed by more than 12,000 companies in 160 countries. (As of March 2021).

SDGs goal 8 addresses “decent work and economic growth”, including target 8.7 which aims to “eradicate child labor and elimination of all forms of child labor by 2025,” while promoting sustainable economic growth and full and productive employment. Additionally, SDGs goal 16 “peace, justice and strong institutions” including target 16.5 “substantially reduce corruption and bribery in all their forms” to create a peaceful and just society without exclusion. Compliance with the Basic Principles on Social Responsibility, the Global Policy on Anti-Bribery and Anti-Corruption, and by working together with our business partners to eliminate forced labor, child labor, and conflict minerals, Brother fulfills its social responsibility as a manufacturer in its business activities and contributes to the realization of the SDGs.